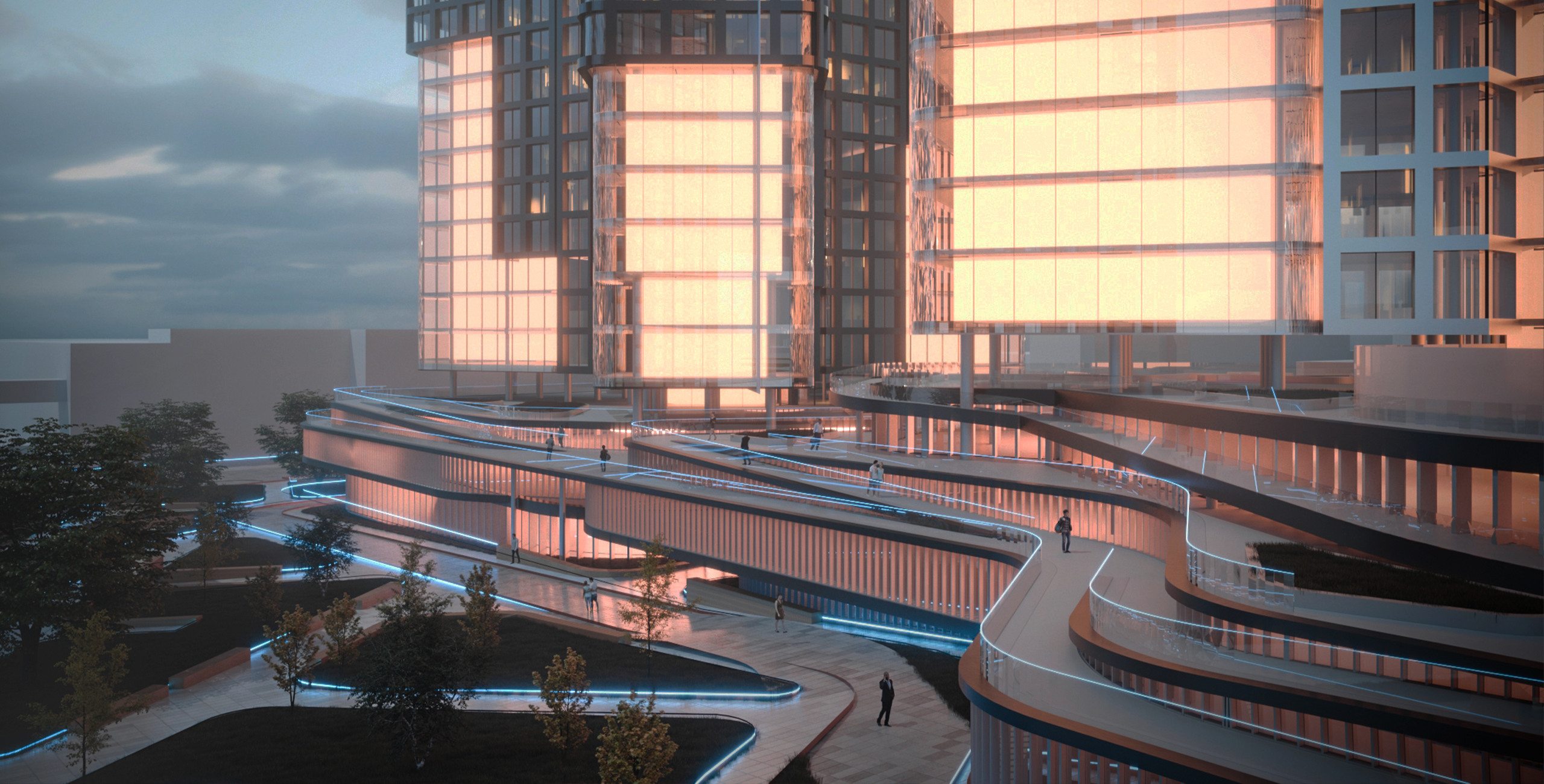 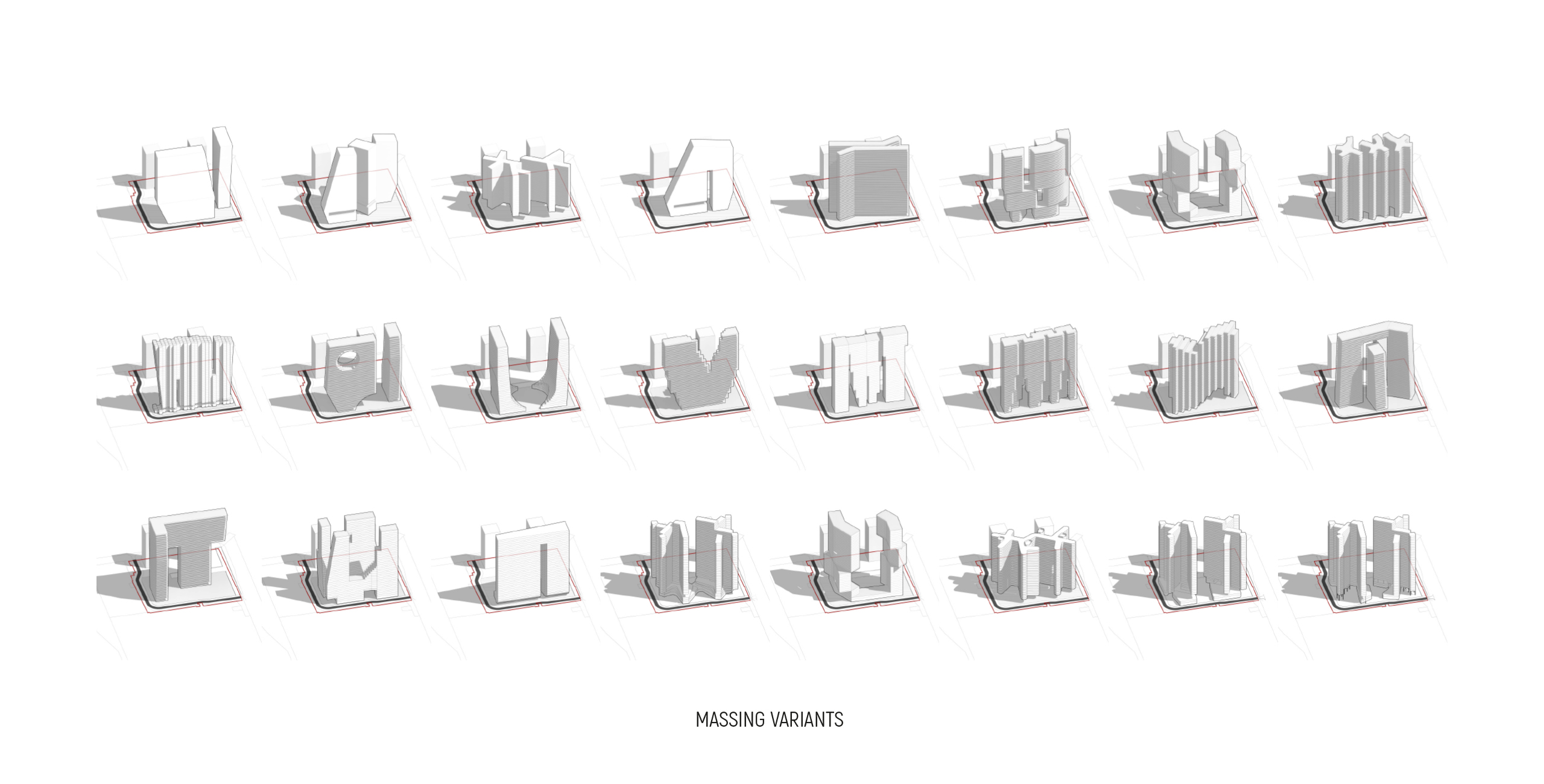 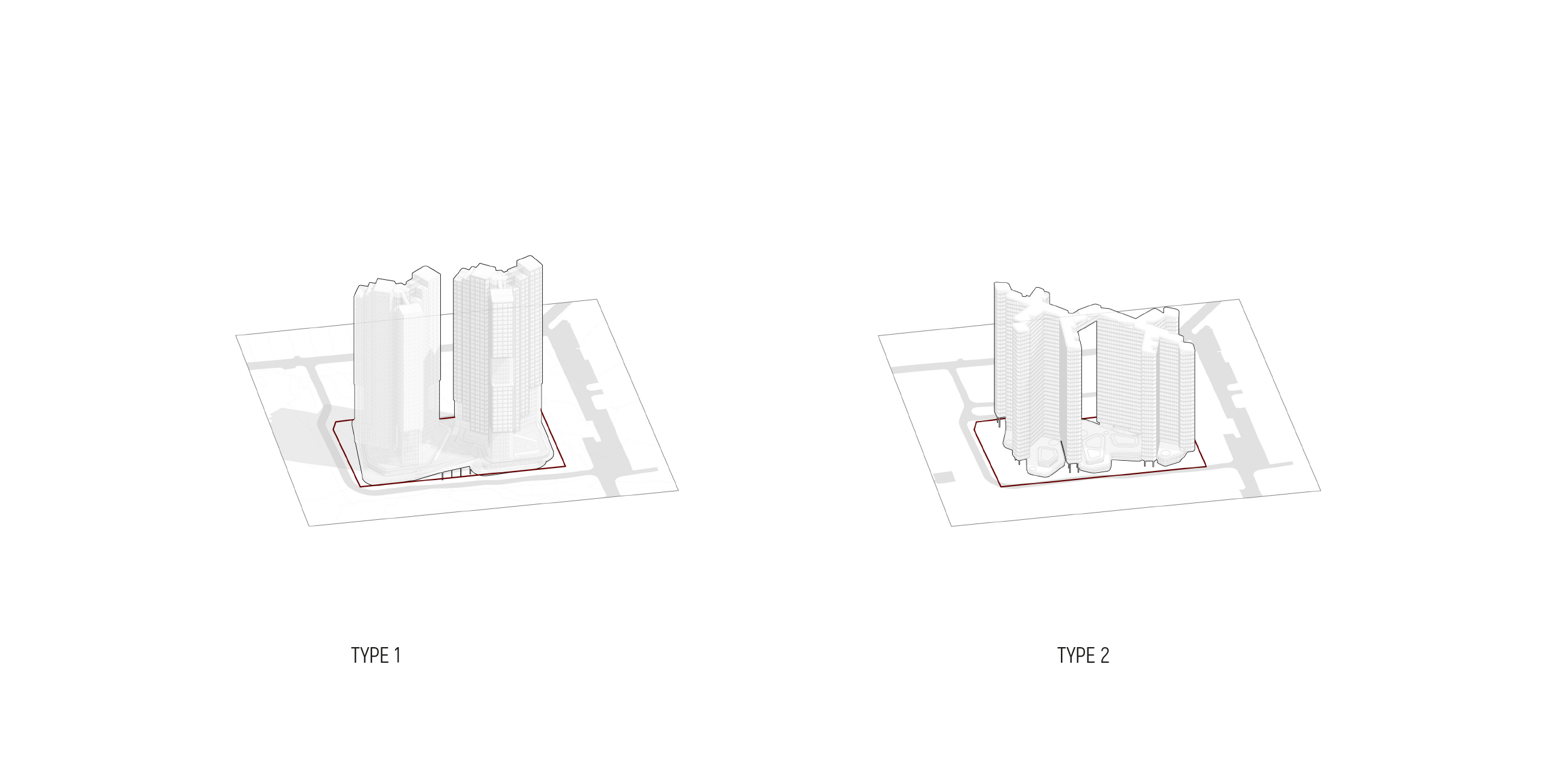 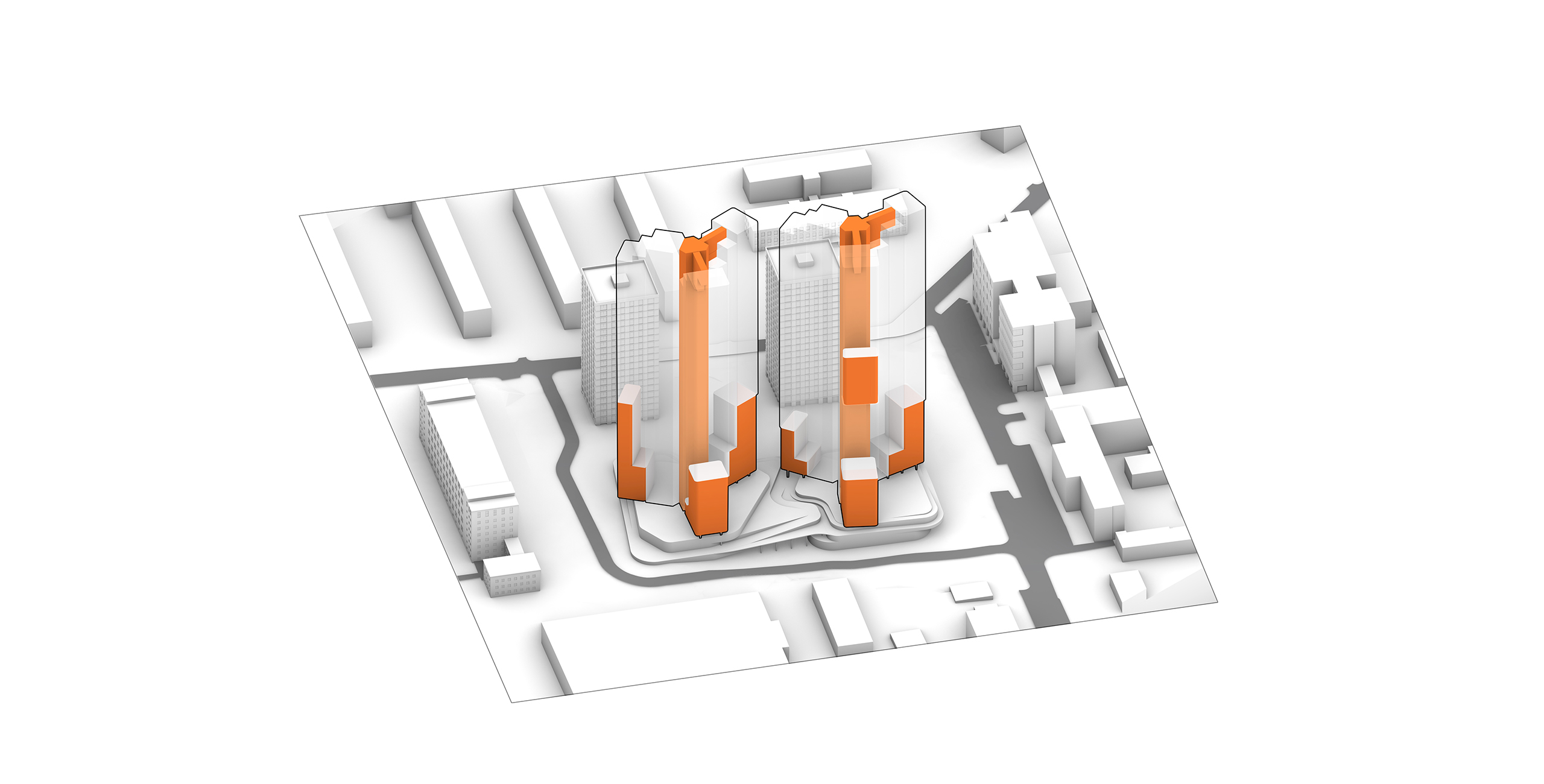 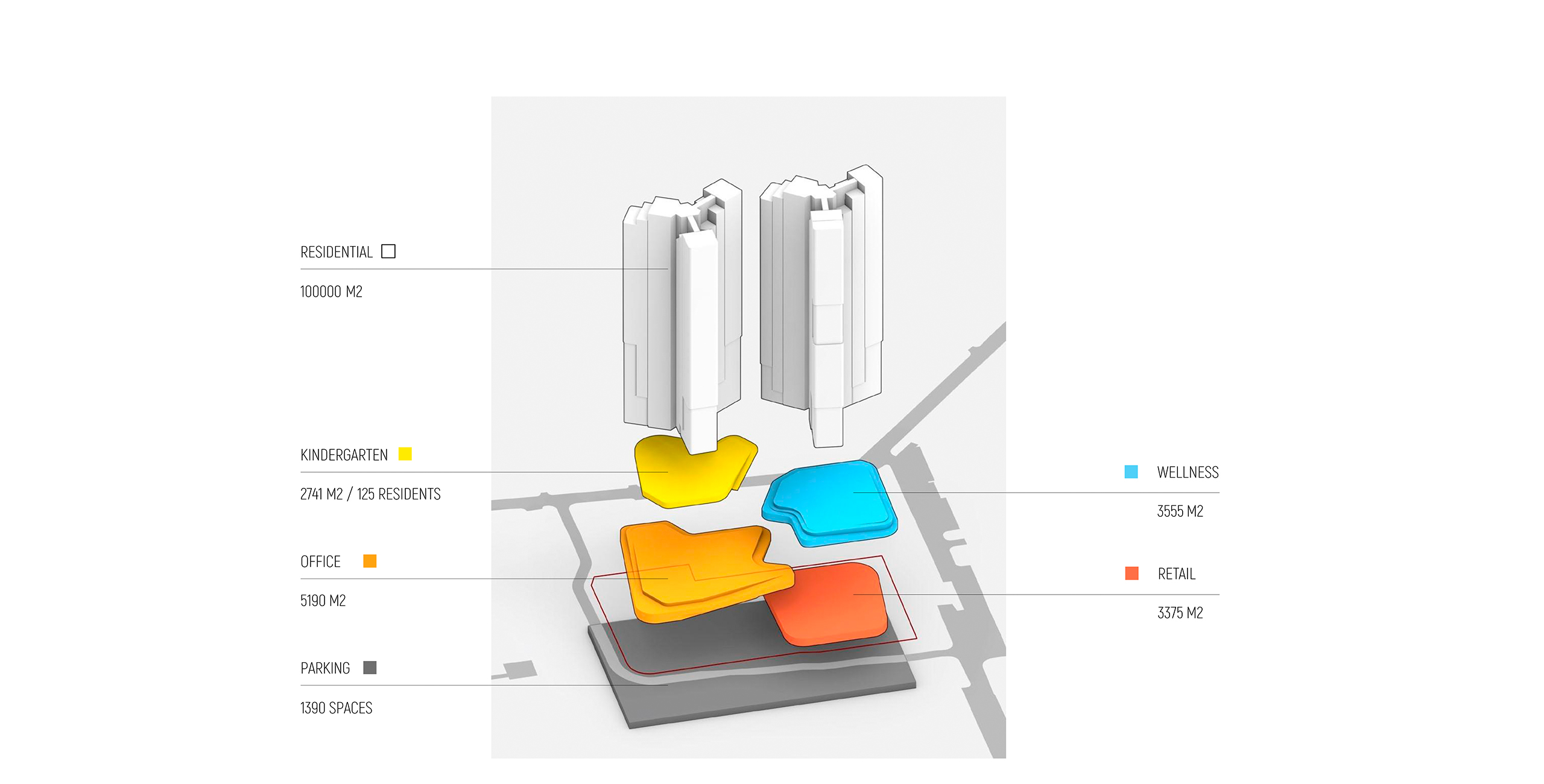 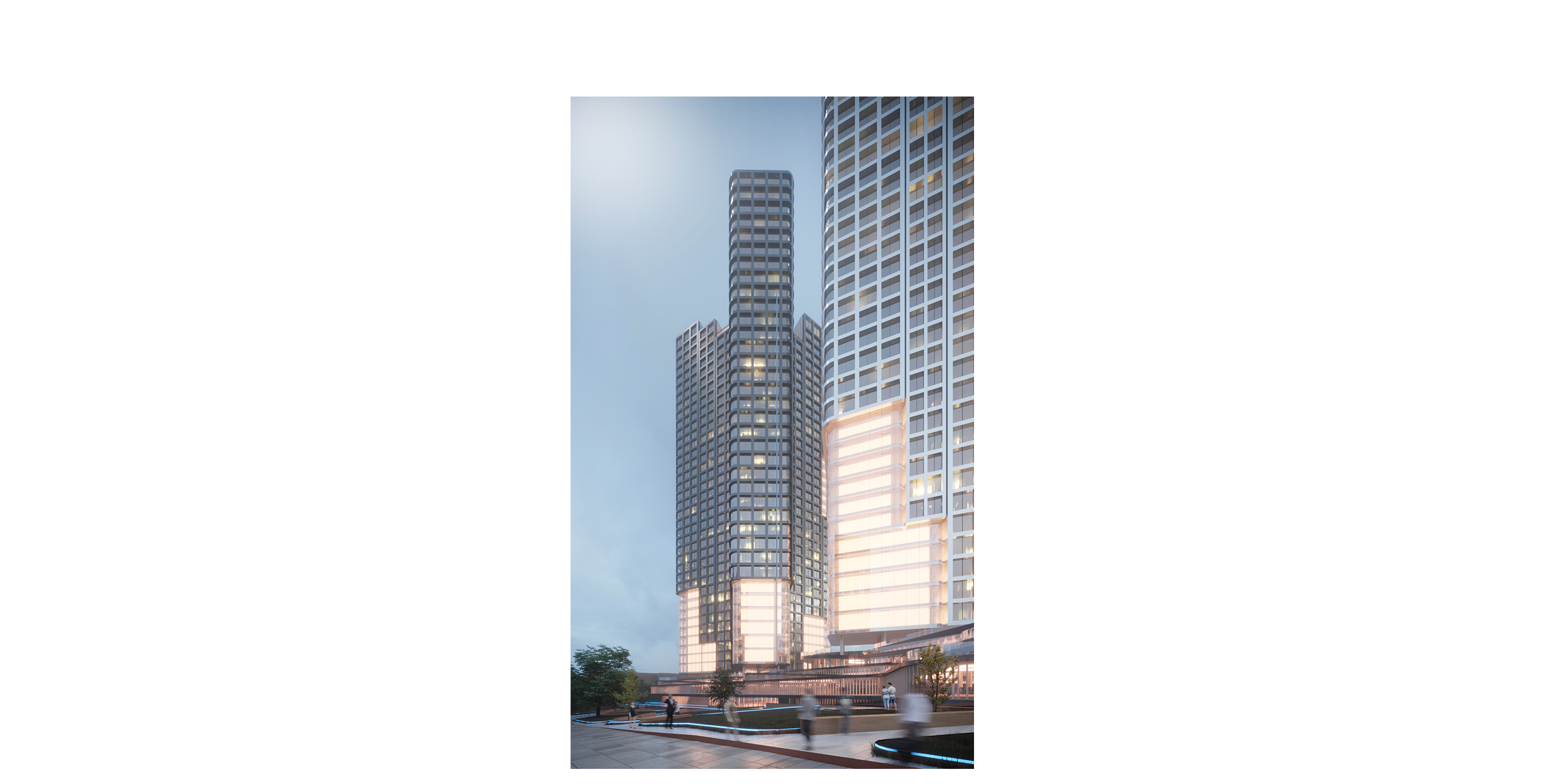 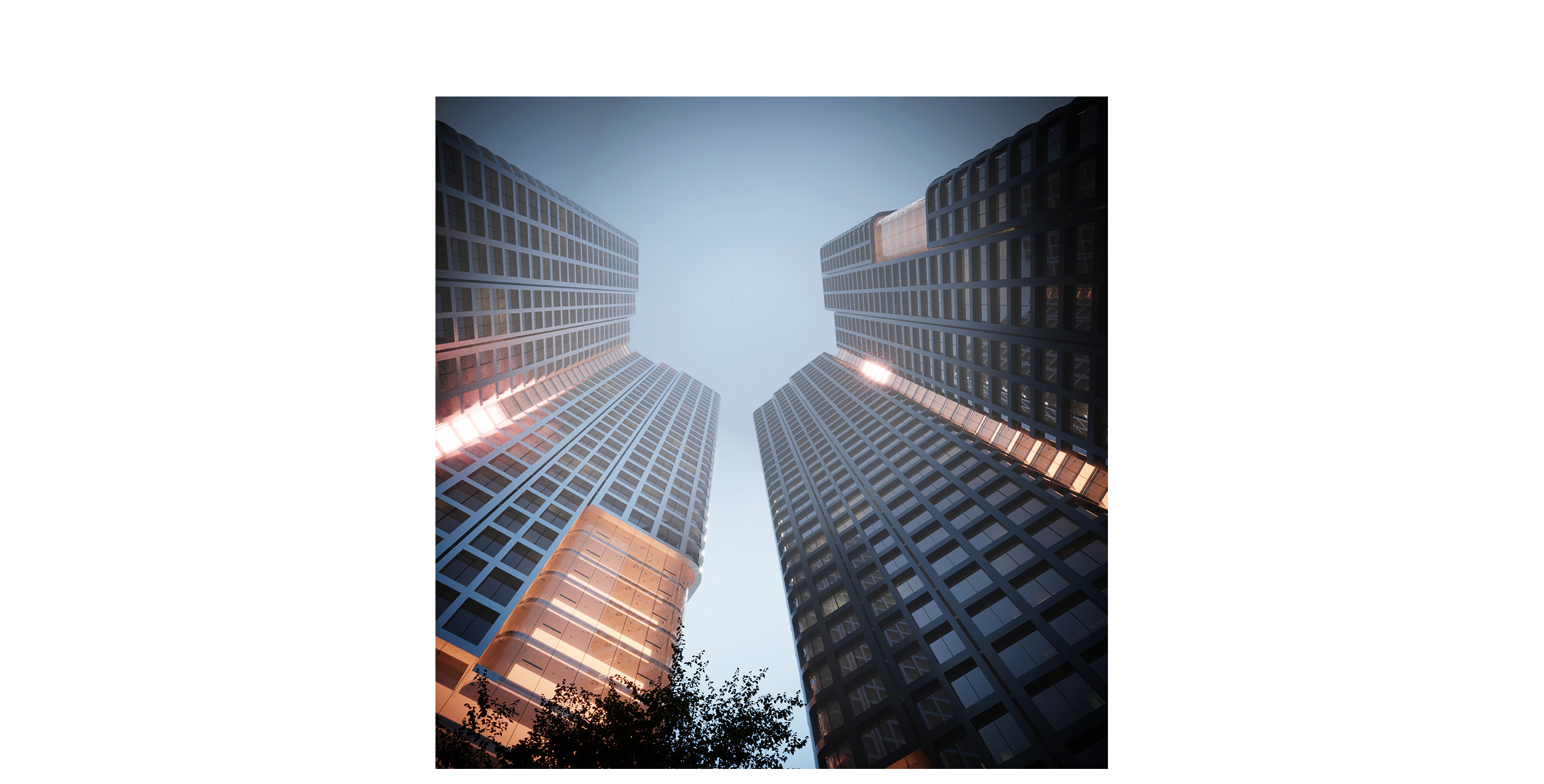 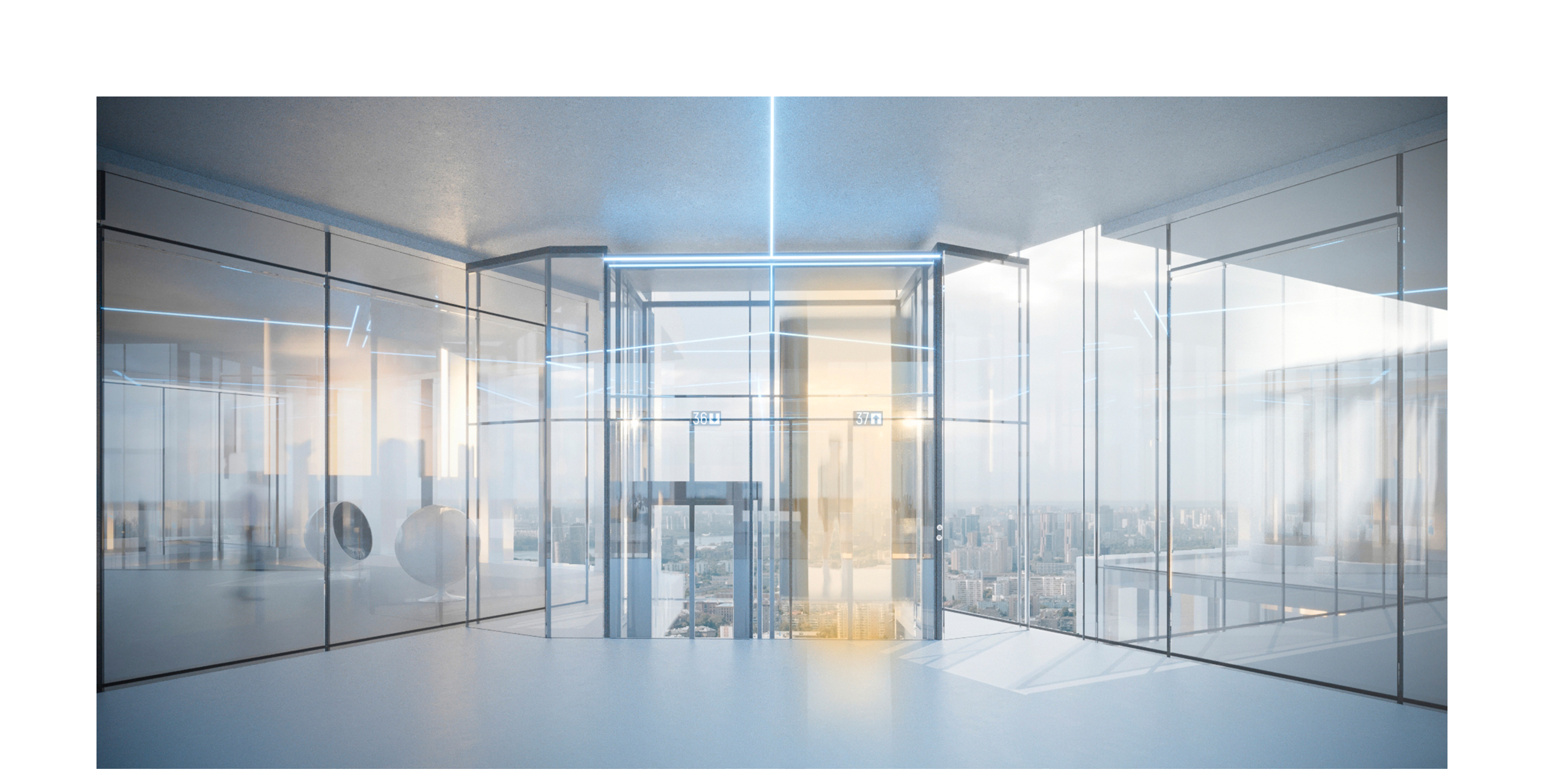 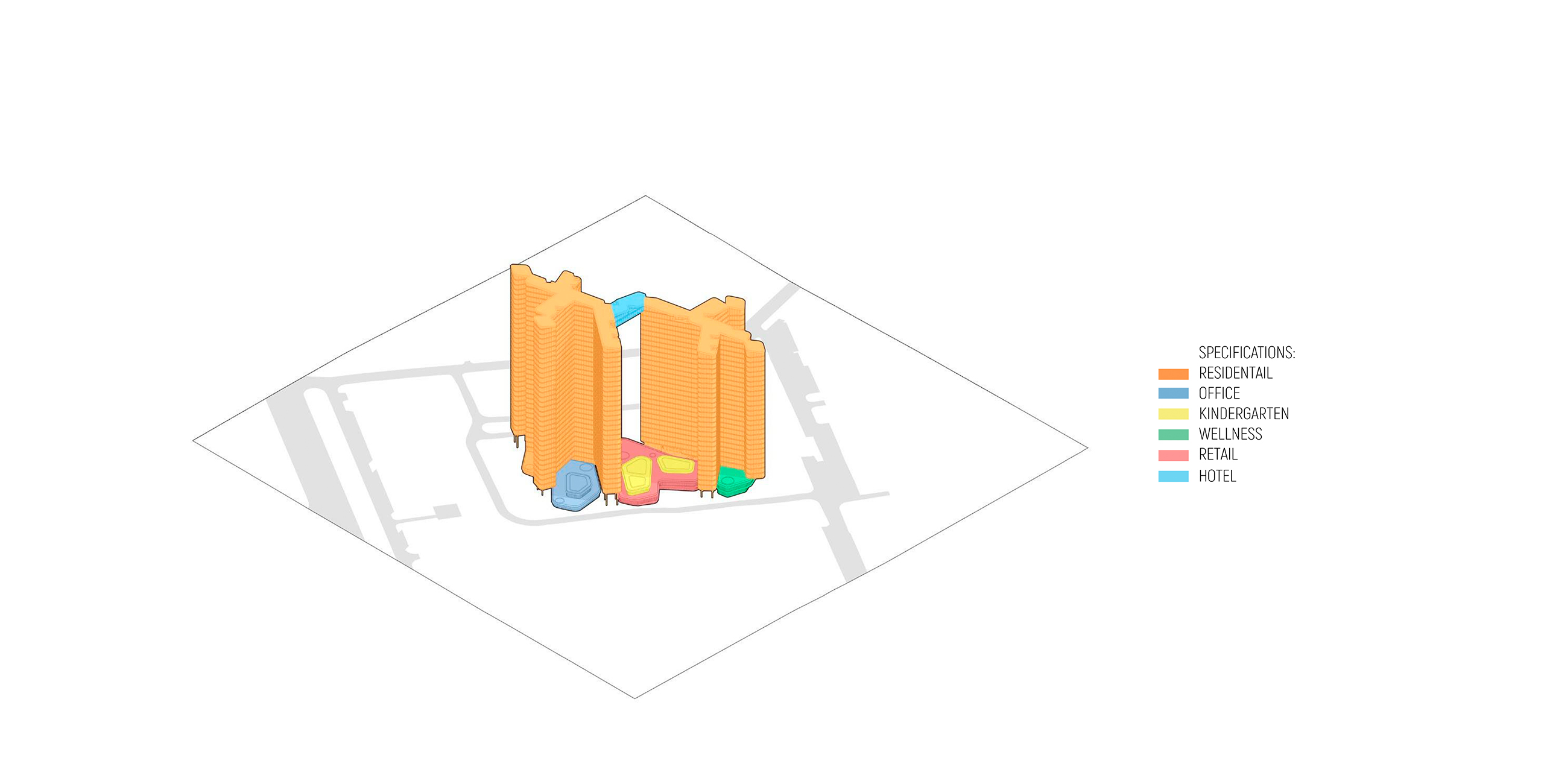 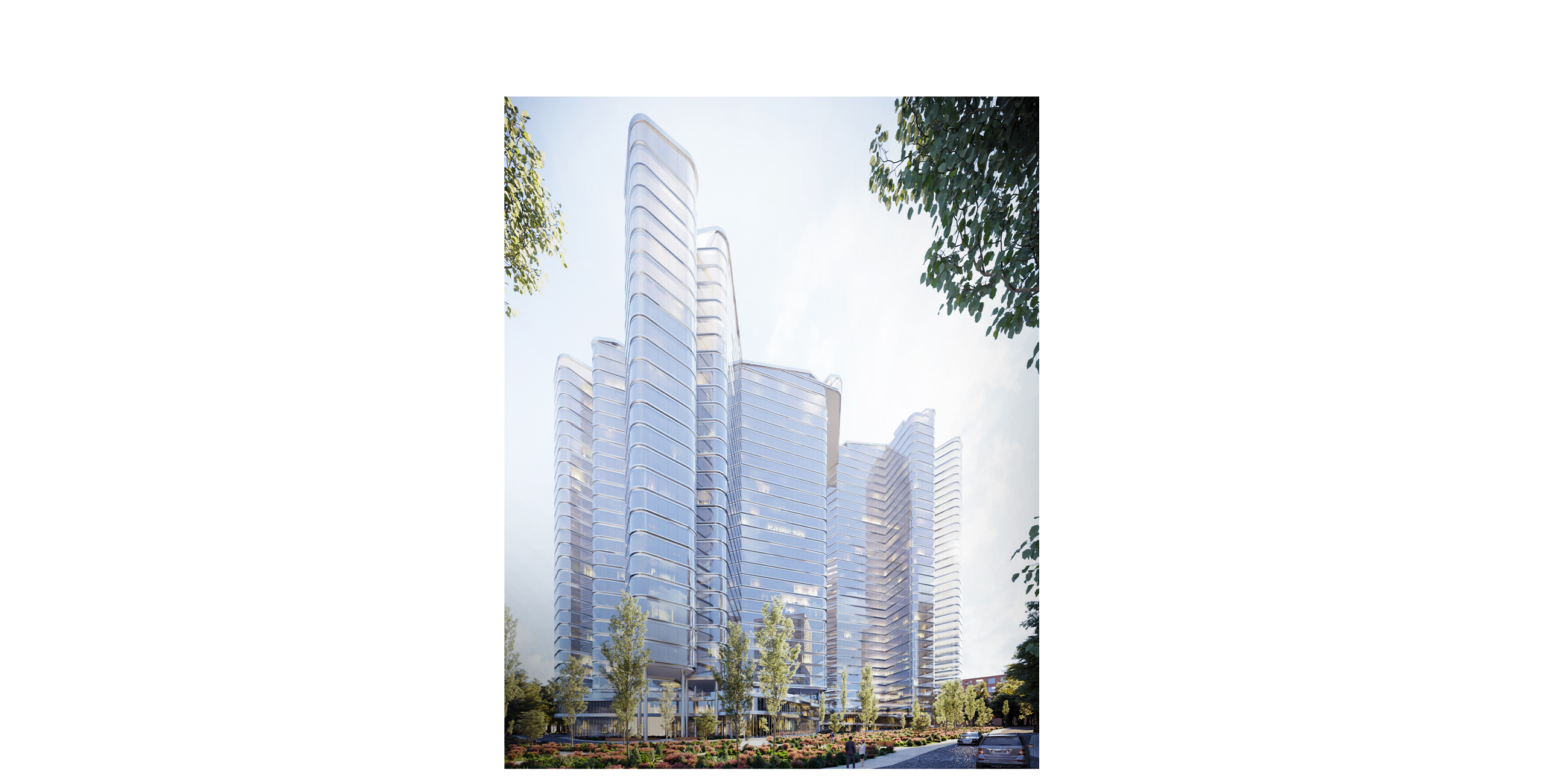 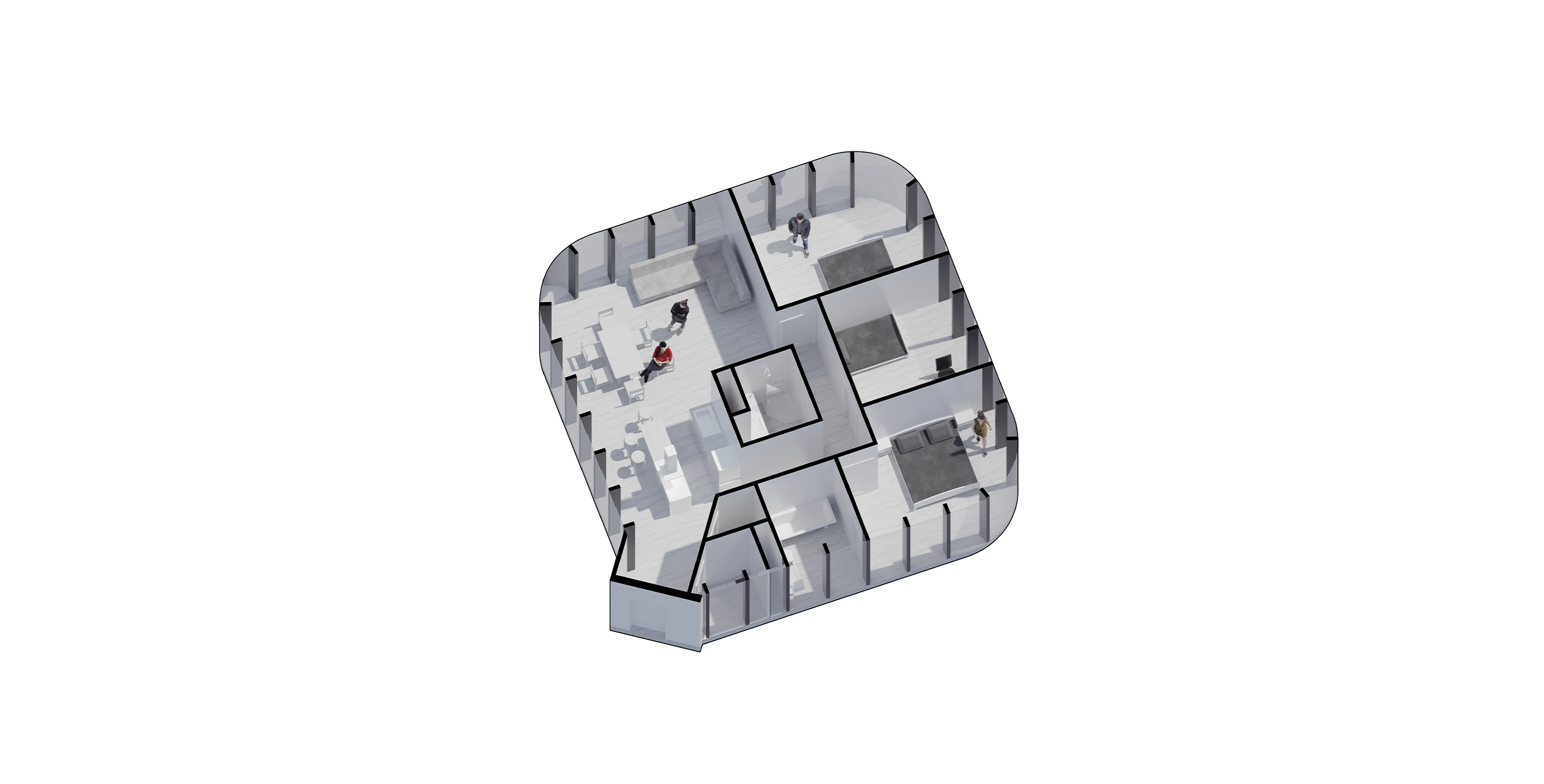 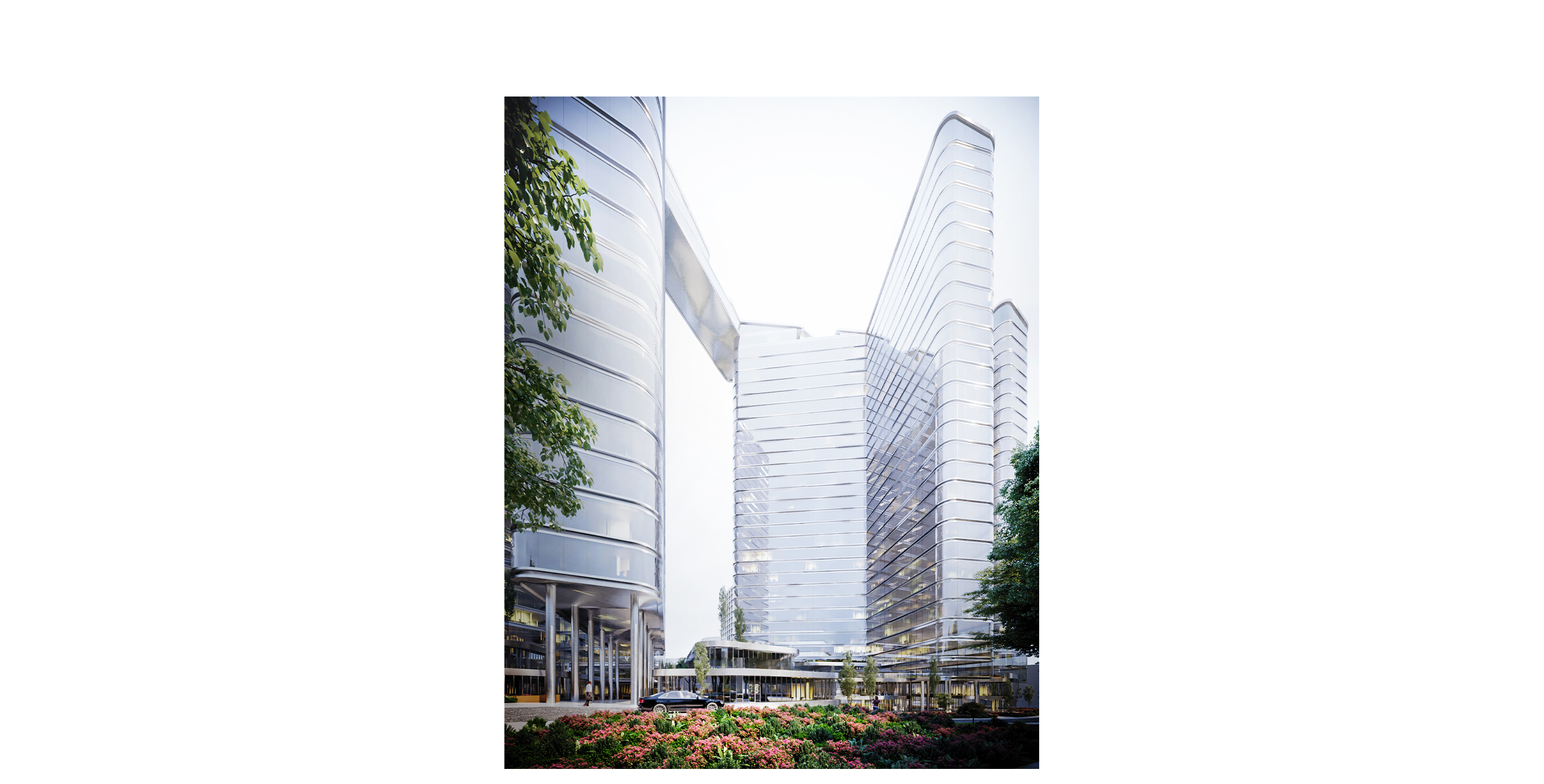 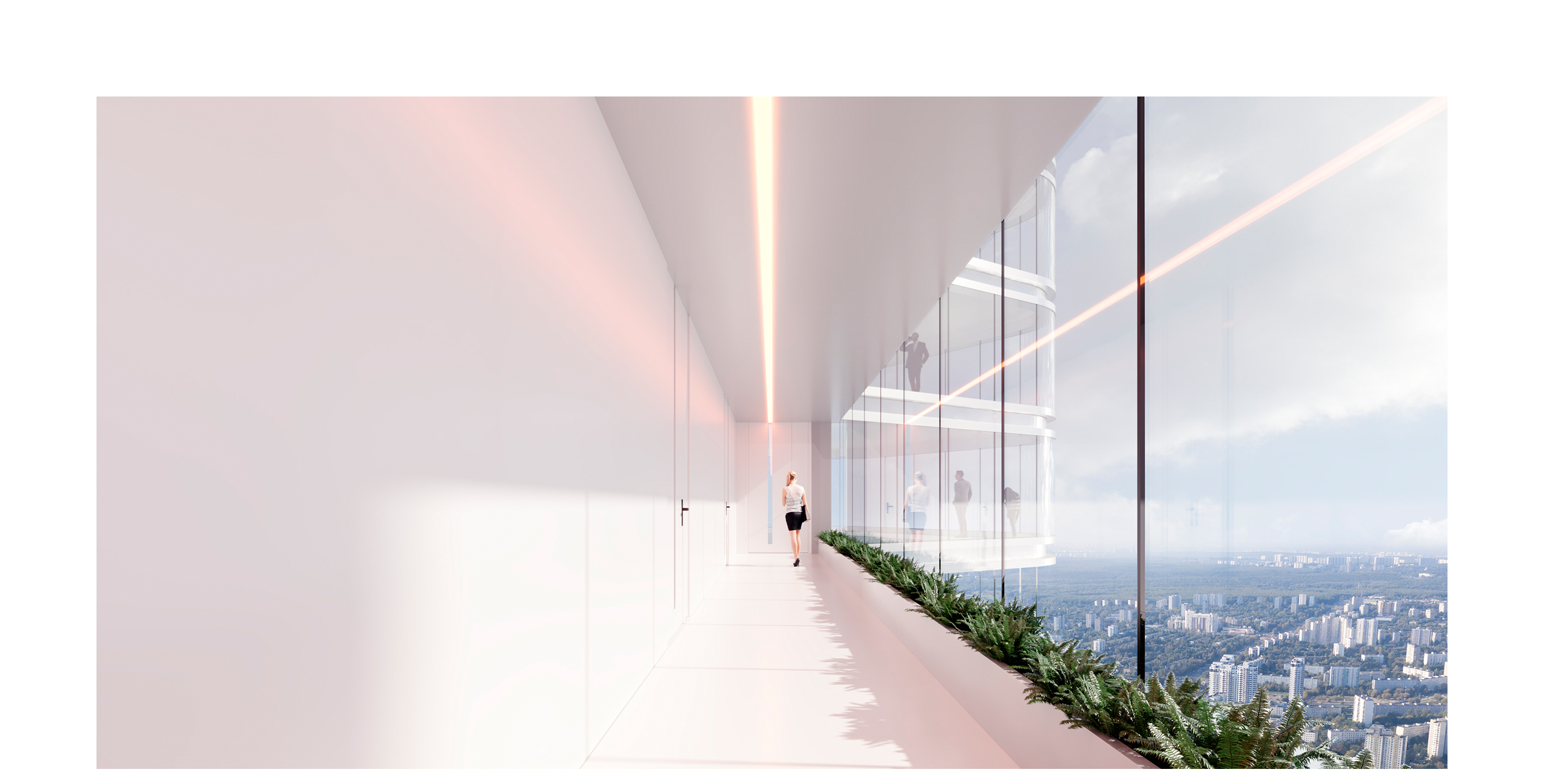 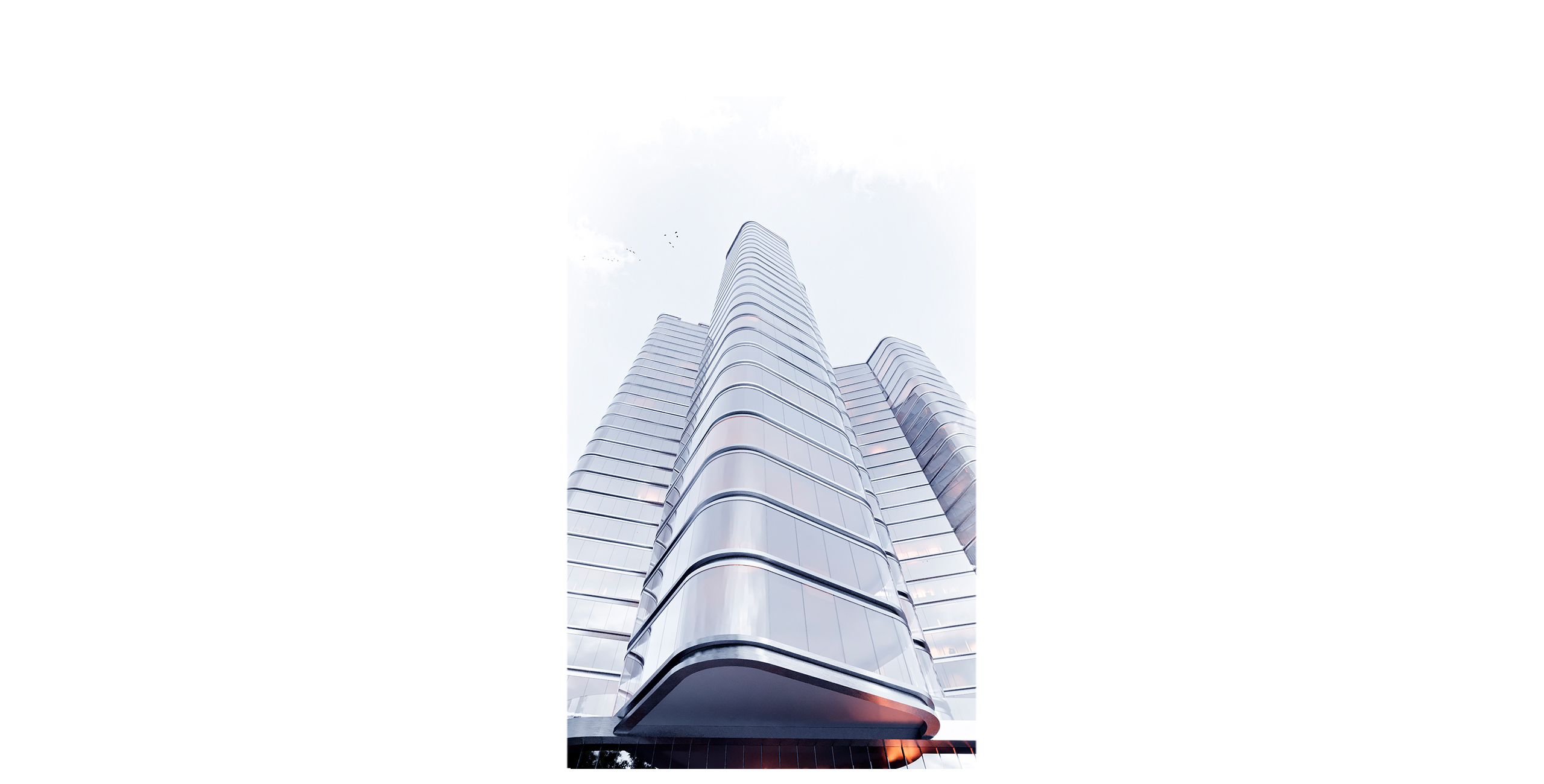 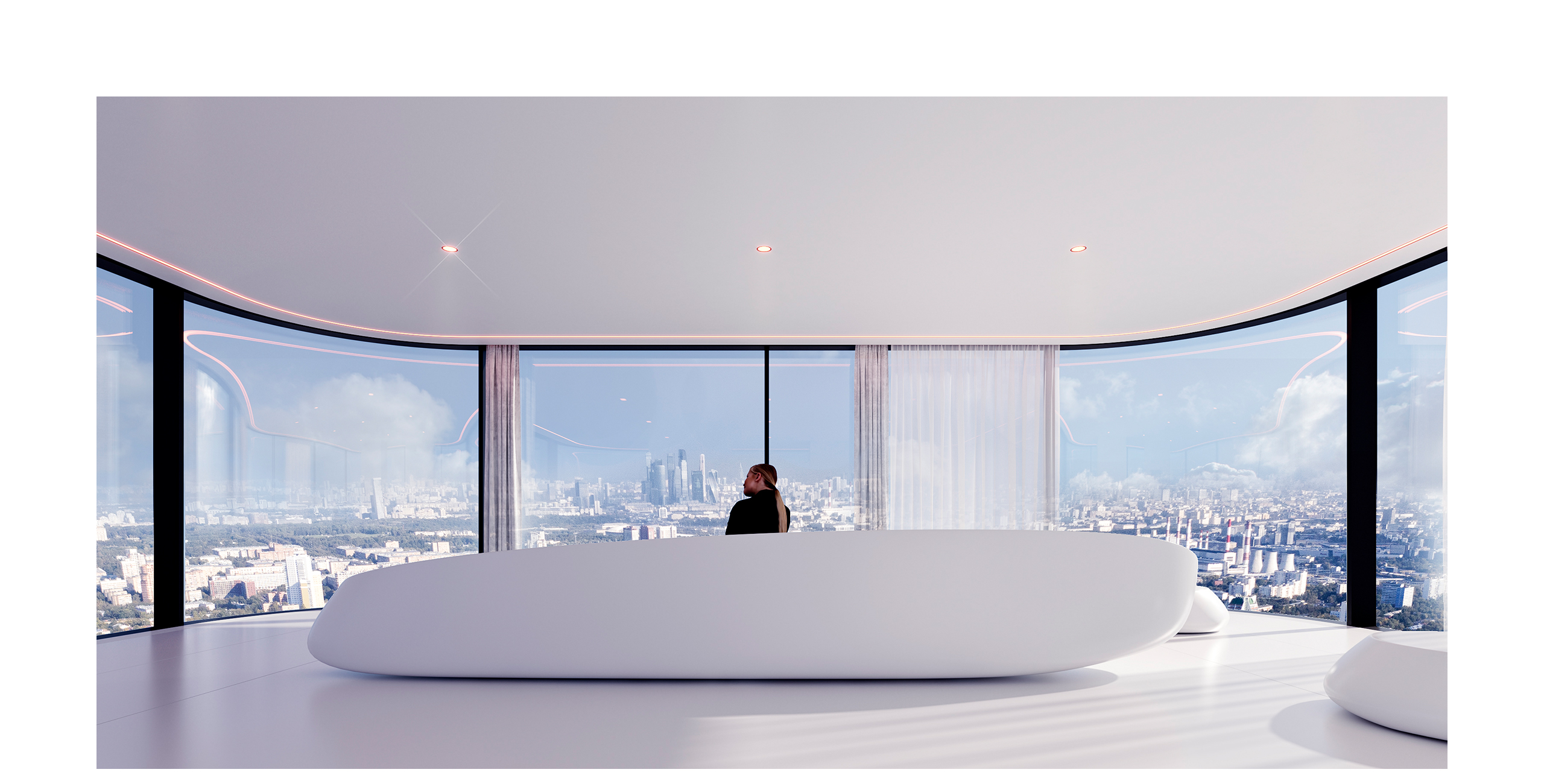 The concept of K31 Residential Complex was developed in the course of a competition for the development of a site  located on Kryzhzhanovsky street, near the intersection of Sevastopolsky and Nakhimovsky avenues. KAMEN Architects developed two types of formation variants, both of which are presented.

The molding of the buildings reflects this morphological principle, manifesting in isolated apartment blocks intersecting in a central communications core. This allows the maximum amount of natural light to enter the autonomous living units. Thin silhouettes of the buildings are accentuated by breaking up the massive volumes into branched systems and creating the feeling of upward motion.

The largest number of apartments receives panoramic views due to the branched structure, which is most visible in the second version – in it we see  the creation of a new residential typology – vertical villas, with 360 degree views of the surrounding city.

The multilevel public space allows to fill the complex with various functions, and creates additional spaces for recreation and sports. Landscaping on the terraces becomes an extension of the landscape and visually connects the building with the neighbouring park.

The unique shape of the stylobate is achieved by suspending the housing blocks on supports in both variants, creating a pause between the urban landscape and a volume hovering above it, separating the leisurely air of the residential blocks and the dynamic rhythm of the city below.