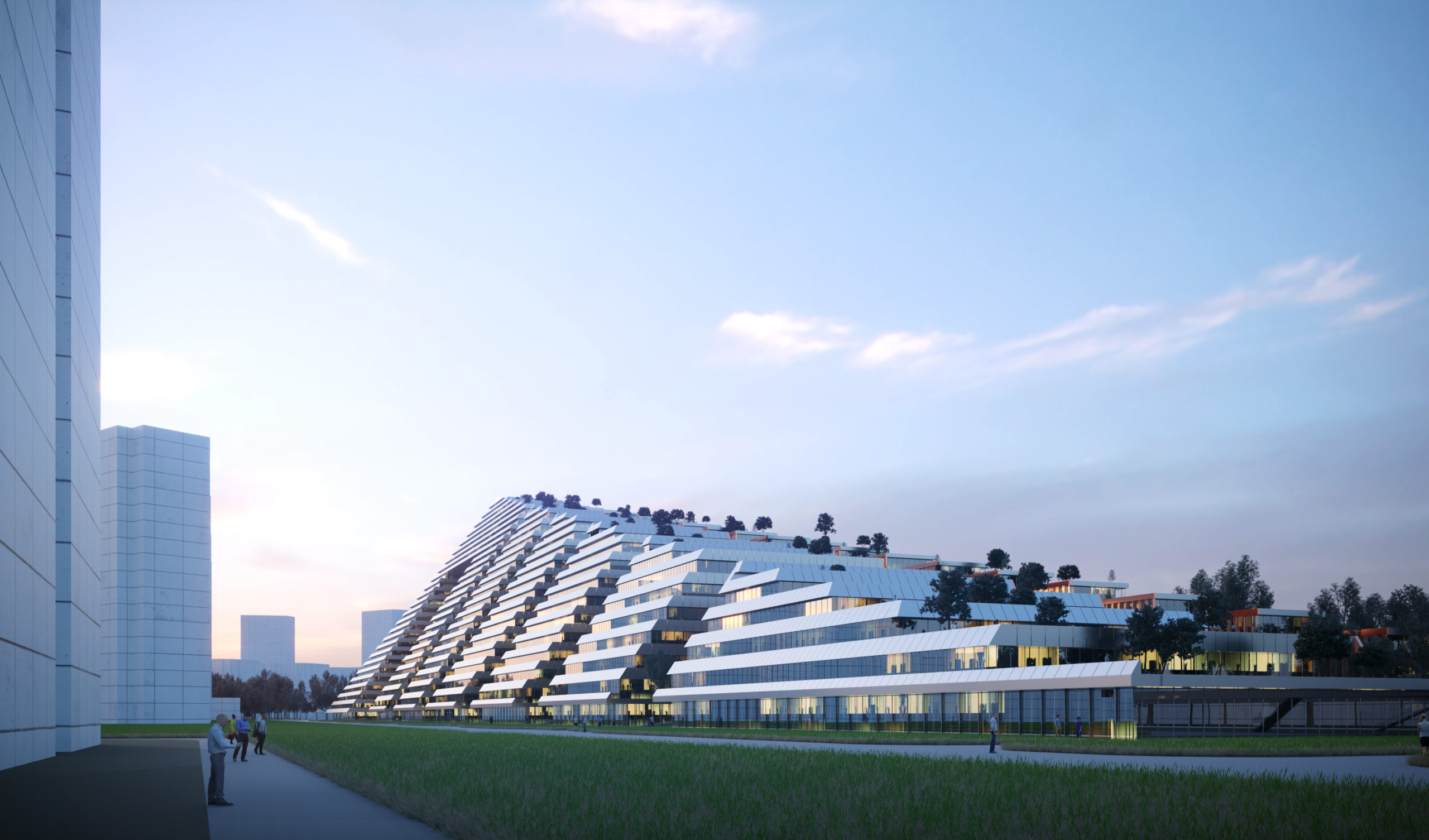 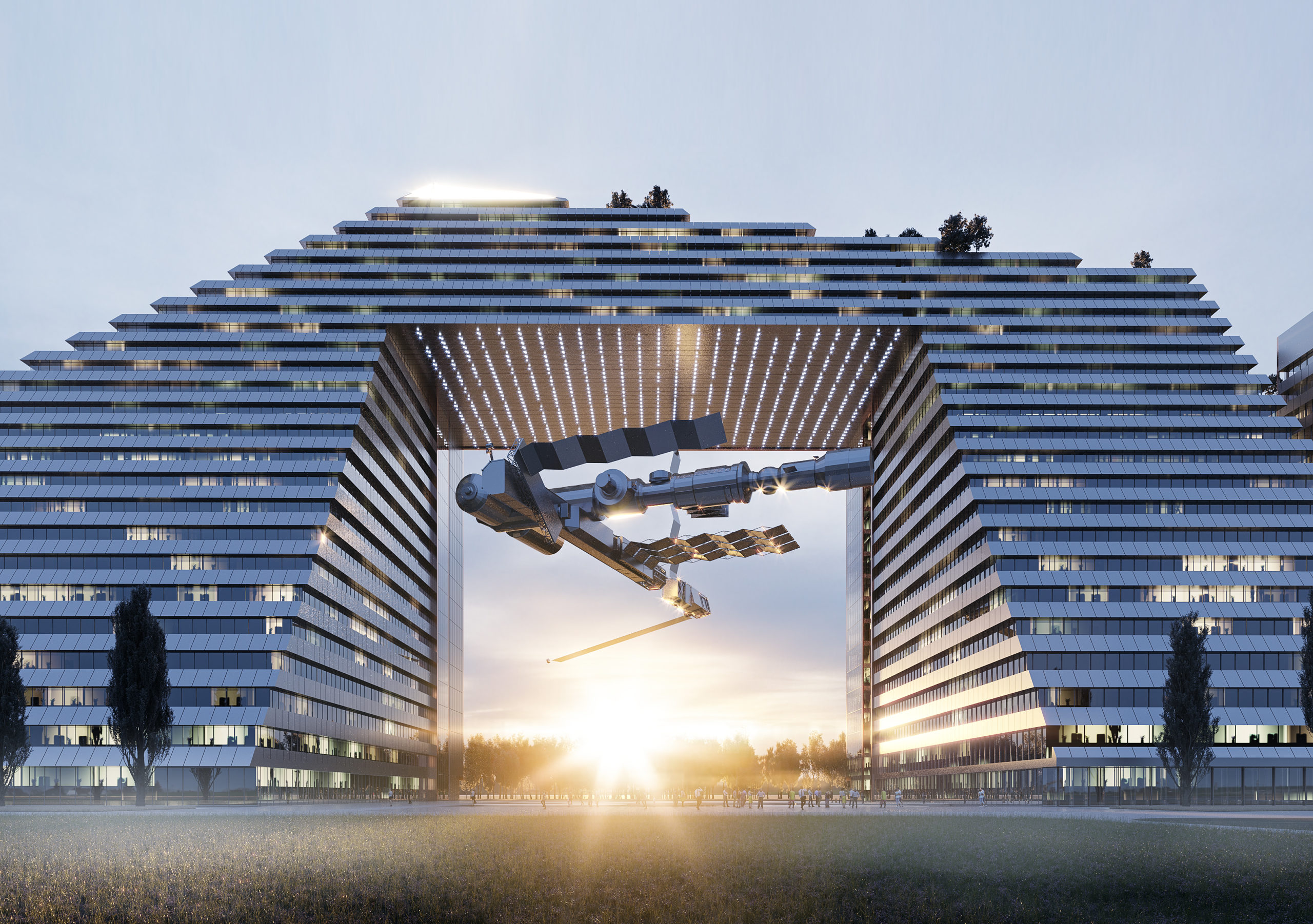 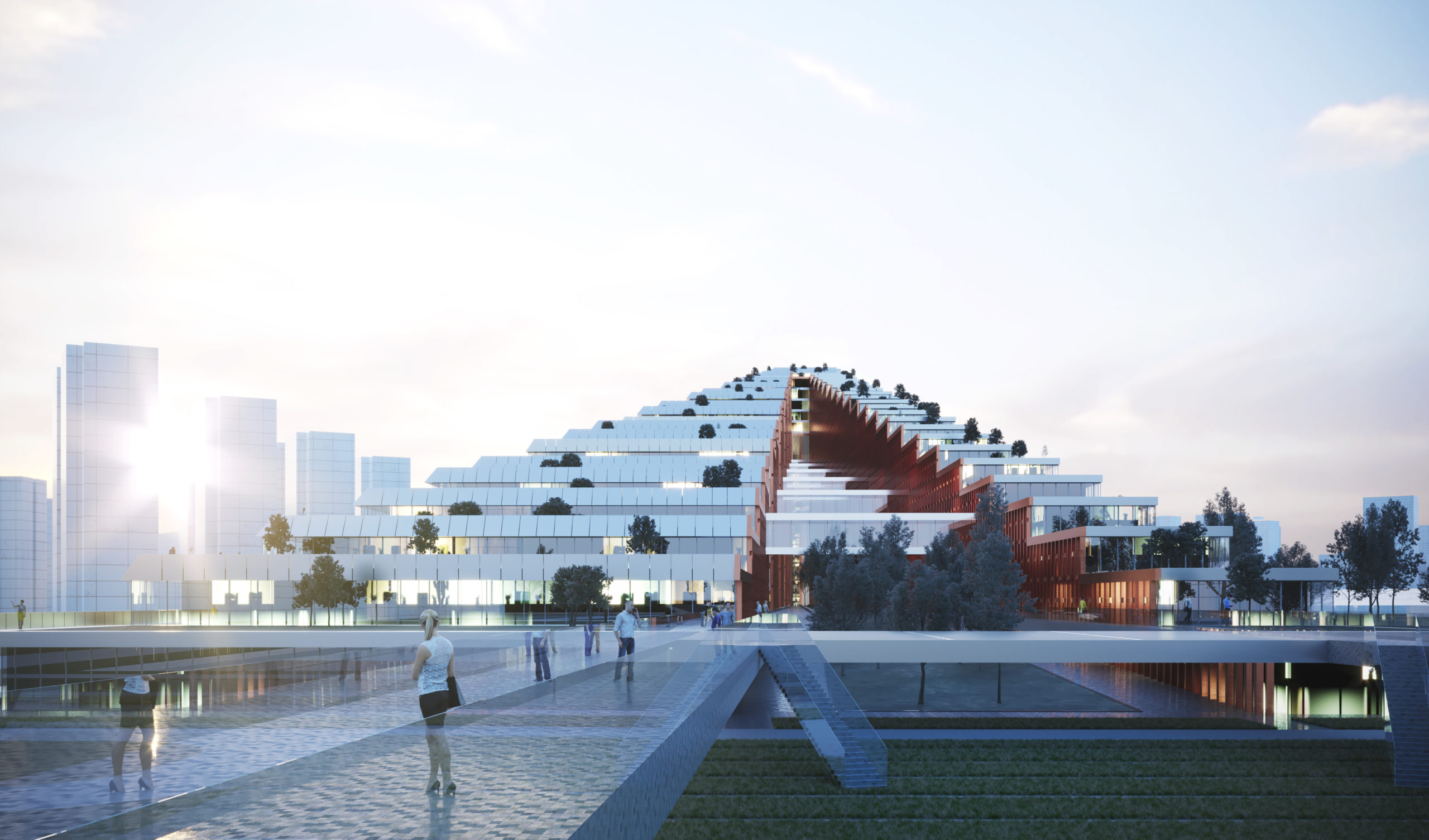 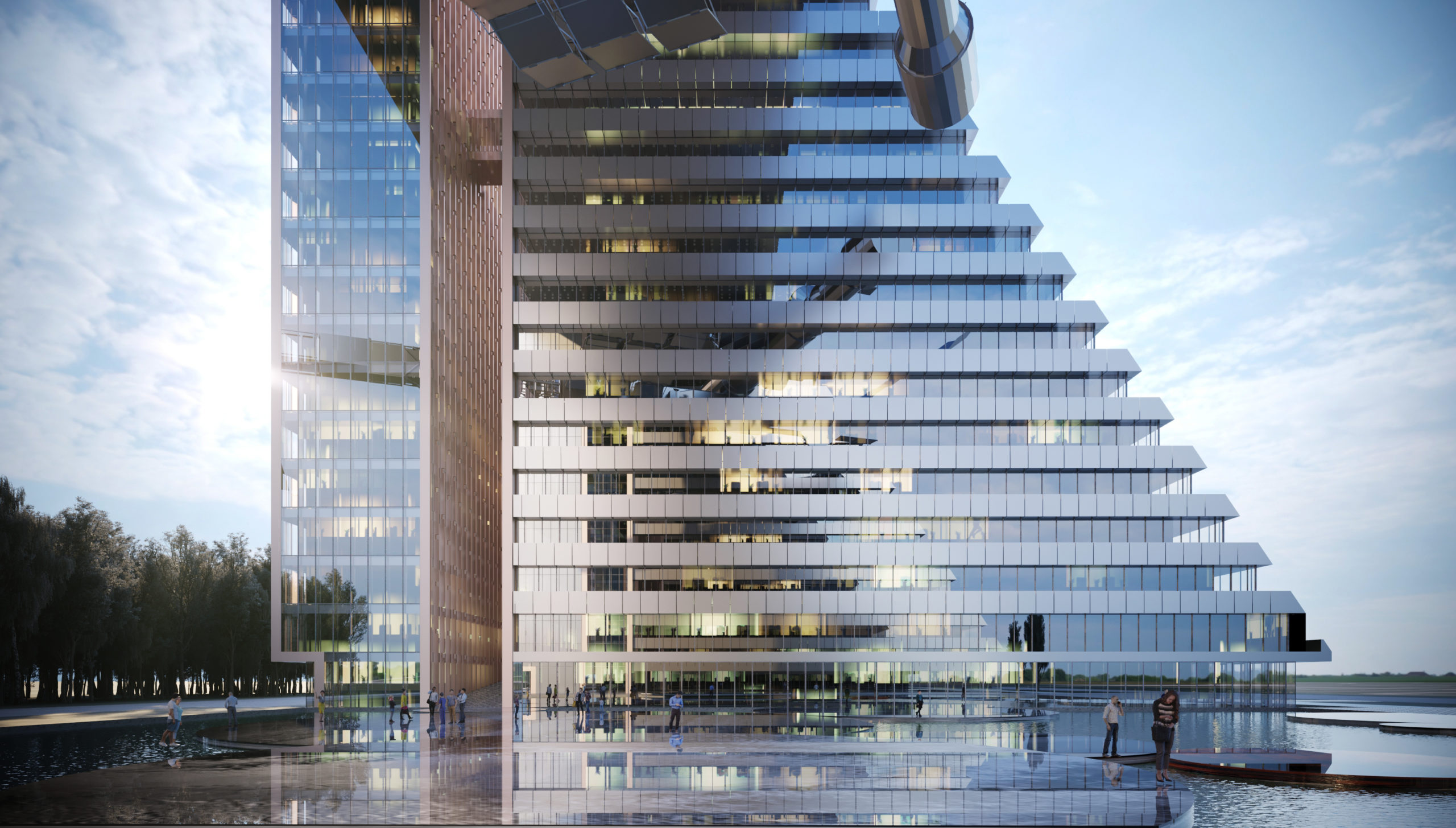 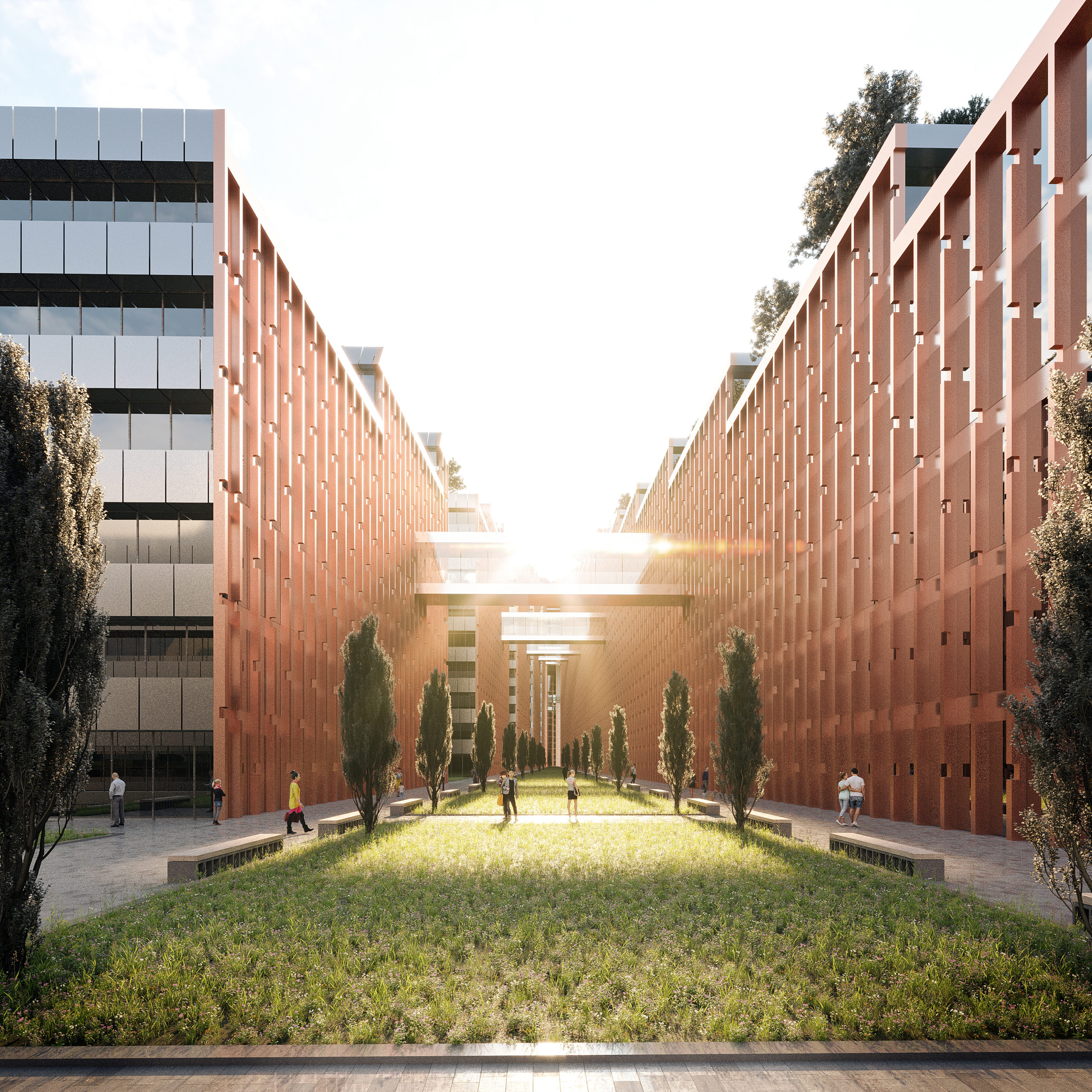 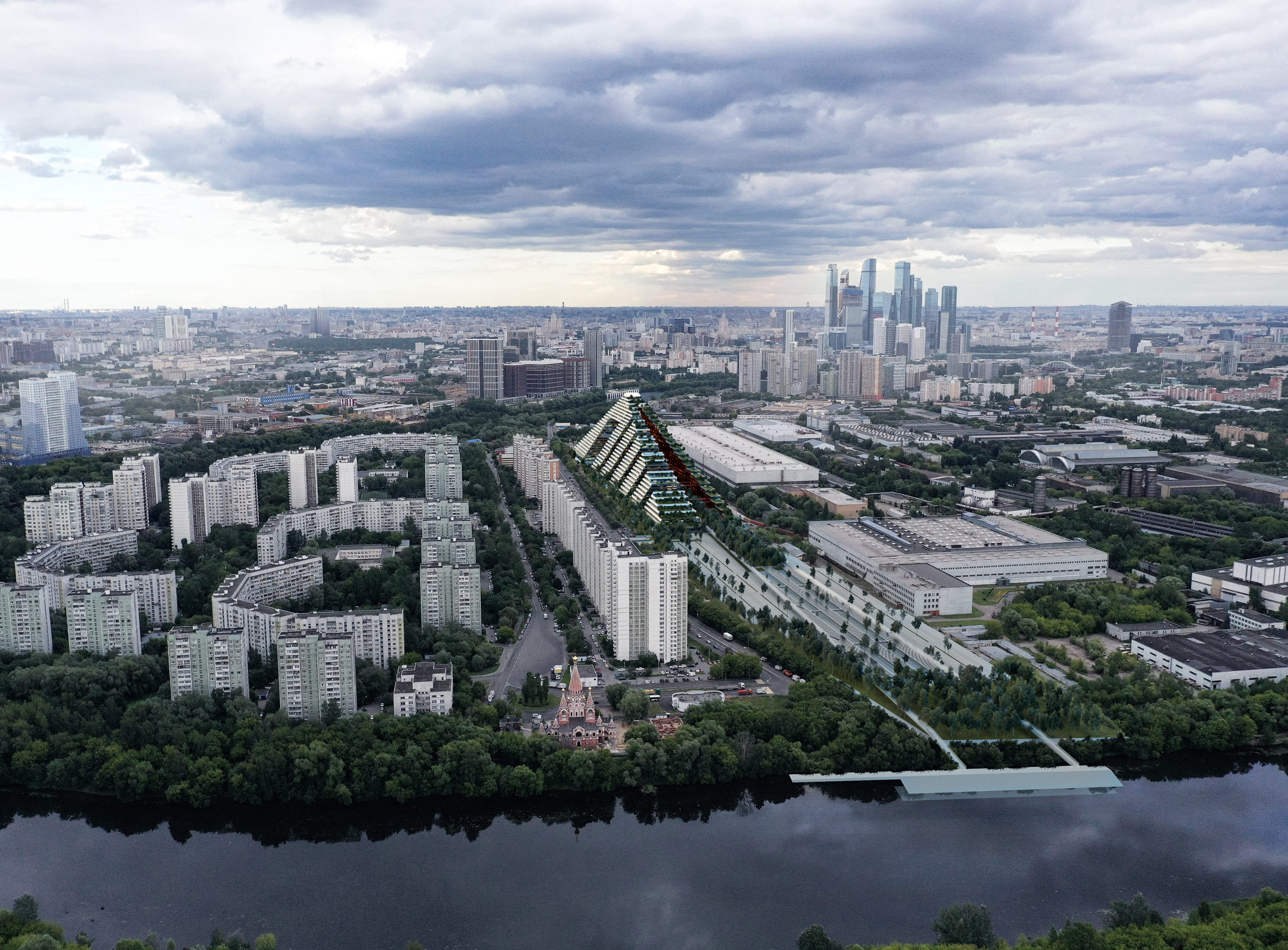 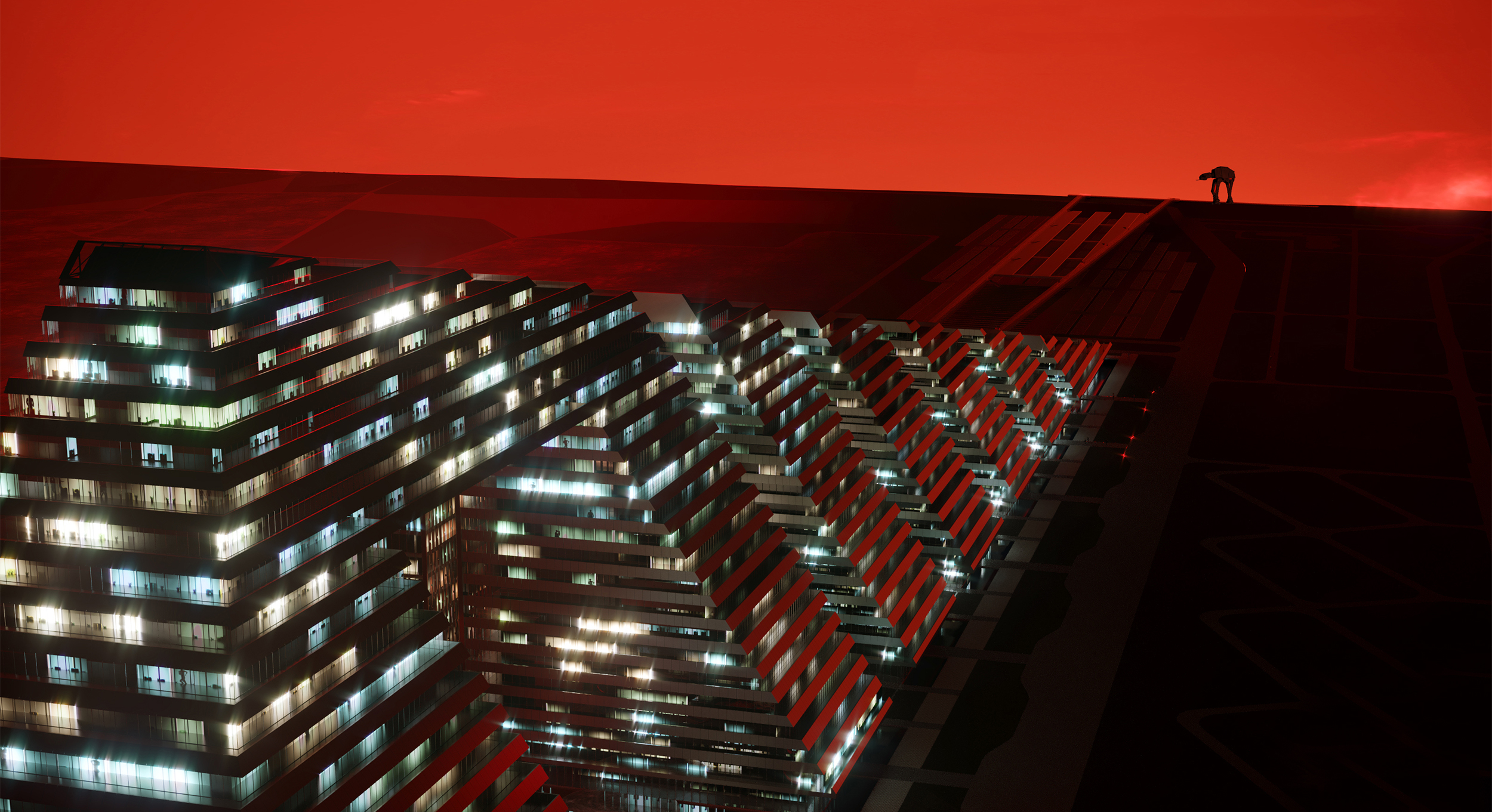 The concept behind the architectural and spatial organization of the research center is derived from the launching trajectory of a spacecraft. The triangular volume refers to a frozen inversion of the trace which remains after the launch of a rocket. The tower strives to emphasize the unity of all branches of the National Space Center in achieving their common goal, the exploration of Space. Even being cut into separate volumes, the tower retains the unity of its form.